Home→Analysis & Insights, Aviation Journal→Ukrainian 737 shoot down a question mark on aviation safety in Iran
Previous Next

Are planes flying over Iran safe?

Safety is a major concern if the aviation industry is in question. After Iran’s ‘unintentional’ shooting down of Ukraine International Boeing 737, there are several questions that arise on commercial aviation in Iran. The Iranian airspace has a “Silk Route’ which is a road to the West. Airlines originating from GCC countries and bound for European and Transatlantic Routes, take this Silk Route which is on the coast of Iran. 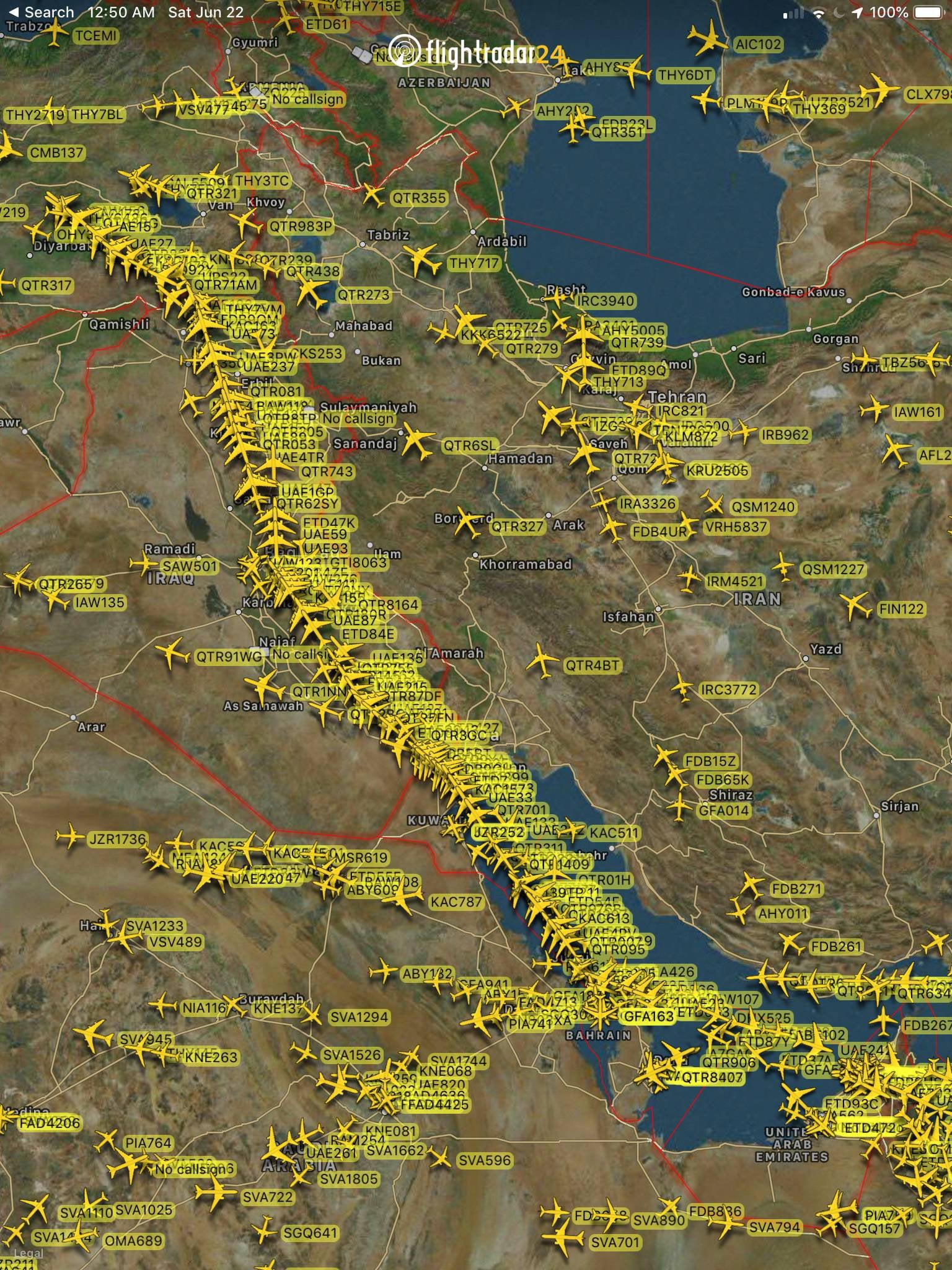 After Iran shot down the 737, killing 176 innocent civilians on board, the safety of a further hundreds of thousands of passengers is at risk.

Airlines are currently eliminating the Iranian Airspace amid security concerns. The alternate routes will cost the airlines slightly higher operating costs as taking a little diversion increases the flight time and distance.

Emirates, Qatar Airways, Etihad Airways, Gulf Air, Oman Air and Foreign airlines originating from the west and operating in Oman, U.A.E, Bahrain, and Qatar fly this route on all of their Westbound flights. However, after the incident, some airlines already have rerouted their flight plans taking longer routes but not compromising on safety. However there some questions which need to be answered if safety is the priority.

Q1. Why were commercial aviation operations not halted during the retaliation?

Even if a bomb threat is given at any airport in the world, the airport shuts off and investigates the premises. The airport remains closed until it’s cleared by relevant authorities. This raises the question that if the military conflict was exercised in the vicinity of the airport, why it was not closed over safety and security concerns. Ukraine International Airline’s Boeing 737 was shot down a few hours after Iran carried out strikes on US airbases in Iraq. Why was commercial aviation not suspended in this situation?

Q2. How will Iran justify the safety of other airlines operating?

If the shoot down has happened when there should have been a complete halt on the airport services, How will Iran’s aviation regulatory authority justify the safety of other aircraft operating to and from Iran? The loss of 176 lives on a little mistake is undeniable.

Q3. Are airlines that are using the Iranian Airspace safe?

After this horrifying incident, the big question mark raises that the airlines that use the coastal route. The Iranian airspace is most expensive in a region charging between 2 to 2.4 US Dollars per nautical mile. However with this tariff whether Iran will provide safe airspace for the transit or shoot down with there in-competencies?

International Regulations on a potential threat

According to the International Civil Aviation Organization, Any contracting state must announce an airport closure in exceptional circumstances such as a potential security threat, a serious public health issue due to any given disease that might outbreak. Iran is a contracting state and it was supposed to ensure the safety of every airplane flying in its vicinity. However, now the ICAO and UN must add a clear regulation during such events so that loss of life will not be considered as collateral damage.